What’s Going On In The World Of Charity Policy?

There’s a General Election on the horizon, reports of an increase in fraud, and Baroness Barran has reviewed progress on the Civil Society Strategy.

So, we asked Charity Finance Group’s Policy Manager, Richard Sagar, to share some key trends and updates in the policy landscape for the charity sector which are outlined below.

AIM members can take advantage of free membership of the Charity Finance Group – a charity and membership organisation with a vision to inspire a financially confident, dynamic and trustworthy sector – by clicking here: www.cfg.org.uk/aim

What’s Going On In The World Of Charity Policy?

With a General Election campaign now underway, any charity wishing to campaign should be aware of the Charity Commission guidance on campaigning and political activity, otherwise known as CC9, and the relevant Electoral Commission guidance. Overall, unless you are supporting a particular party or candidate overall charities should feel confident about campaigning.

HMRC have announced that charities may be able to apply for extra time to put in place digital links in order to comply with the requirements of Making Tax Digital.

To help meet the requirements HMRC will allow a one year soft landing period they are aware that some charities may require a longer amount of time to put in place the digital links (those with more complicated IT systems, for example). These applications must be received by HMRC prior to the start of the soft-landing period on either the 1 April 2020 or 1 October 2020 depending on whether you are deferred.

The full details on how to make an application, and the criteria to apply can be found in VAT Notice 700/22 section 4.2.1.3

A survey of over 3,000 in England and Wales has shown that the number of charities who have experienced at least one fraud in the last two years has fallen from 7 per cent in 2009 to 4 per cent now. The report states that the impact of fraud is greater now, with 69 per cent of charities reporting fraud to have had an adverse reaction on their organisation, compared to 27 per cent ten years ago.

There is also a suspicion from the Commission that the reduction in those experiencing fraud may be due to under-reporting. The report also finds that fraud committed by staff has fallen sharply, but conversely fraud by trustees and volunteers has doubled.

The full report Preventing Charity Fraud can be found on the Charity Commission website.

Civil Society Strategy one year on

Following a series of regional roundtables with sector representatives the Minister for Civil Society Baroness Barran MBE has produced a series of reflections on the progress of last year’s Civil Society Strategy under the title of #OurCivilSociety. She has prioritised key next steps:

Getting ready for Brexit

Although the Brexit extension has been granted by the EU we are still advising AIM and CFG members to prepare for our eventual departure from the EU.

We encourage you to read the guidance for further information to be aware of, to help you prepare.

Do you have any questions on policy, or would like to add your voice to the discussion? Email policy@cfg.org.uk to have your say.

Charity Finance Group is a charity and membership organisation with a vision to inspire a financially confident, dynamic and trustworthy sector. AIM members can join CFG and access membership benefits for free – for the whole of their organisation from your trustees to your finance team. Join now at cfg.org.uk/aim 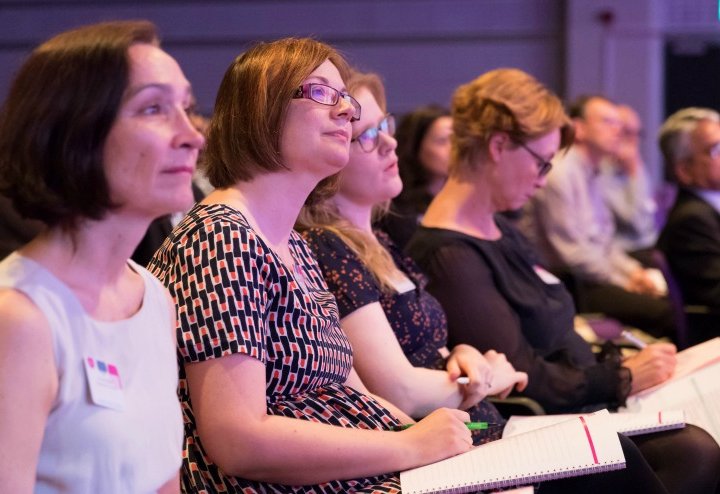 FREE membership of the Charity Finance Group for AIM members

AIM members can now receive free membership of the Charity Finance Group. Signing up takes seconds and you can add any Trustees, staff and volunteers to your membership at no cost!

What's happening at AIM?
Load more
Sign up to e-newsletter