A Major Shift In Business Rates Valuation For Museums

AIM has been campaigning for a fairer way of calculating business rates and recently helped fund legal advice for an Upper Tribunal case involving York Museum and Gallery Trust (YMT) because of its implications for many other museums, as well as AIM’s Vice Chair appearing as an expert witness at the Tribunal.

The YMT appeal covered two areas of significance: how the rateable value of its properties are calculated and whether trading elements of its operation, such as the museum shops, should be separately assessed for rates and therefore be ineligible for charitable rates relief.

Colin Hunter, business rates director at national commercial property consultancy Lambert Smith Hampton (LSH), has been advising YMT in respect of its appeals against the Valuation Office Agency (VOA) for several years. Here he talks about the recent Upper Tribunal hearing result and its significance for other museums.

A property’s rateable value – which is used to determine its business rates liability – is intended to reflect the reasonable rent that a tenant would be willing to pay on the open market.

In the case of museums and other specialist properties where no rent is paid, the cost of constructing the building – commonly known as the contractor’s method – is deemed by the VOA to be a reasonable guide.

However, it has long been argued that using the contractor’s method for historic properties is neither fair nor reasonable, owing to the fact that it produces a dramatically higher rateable value than the alternative valuation method of receipts and expenditure, which has regard to the trading potential and the cost of running the property.

The choice of valuation method is determined by the VOA, which is tasked with setting and maintaining fair and reasonable rateable values. Yet, despite its industry-wide condemnation, almost 50% of all museums across England and Wales are still valued using the contractor’s method, including those of the YMT.

The specific properties that the appeals referred to were all historic, listed buildings in York occupied and run by YMT and its wholly owned subsidiary York Museums and Enterprises Ltd (YME), and included the iconic Castle Museum, Yorkshire Museum which includes the ruins of St Mary’s Abbey, York Art Gallery and the former St Mary’s Church, known as the Heritage Centre.

In February 2017, a total of eight appeals were brought against the VOA by the YMT in a single case heard by the Upper Tribunal (Lands Chamber). The hearing lasted five days and covered complex legal and valuation arguments, with the VOA defending its use of the contractor’s method despite evidence of an inconsistency in its approach, with many other museums benefitting from low rateable values. Matthew Tanner, vice chair of AIM and CEO of ss Great Britain Trust appeared as an expert witness.

During the case, the VOA also argued that if a museum has a separate trading company (as recommended by the Charity Commission), then that company must be in occupation of any trading areas and therefore these should be separately assessed.  If separately assessed, these areas are not eligible for 80% mandatory charitable rates relief, nor the discretionary 20% where this is granted.

In February 2017, a total of eight appeals were brought against the VOA by the YMT in a single case heard by the Upper Tribunal (Lands Chamber). The hearing lasted five days and covered complex legal and valuation arguments

On 23 May 2017, after several months of deliberation, the Upper Tribunal published its decision, ruling primarily in favour of YMT on the following points:

Had the VOA been successful on this point, not only would it have significantly increased the YMT’s total Rateable Value, it would also have meant that charitable relief and discretionary relief would not be available for shops, cafés and wedding or conference venues – a decision which would have impacted other museums which have followed the Charity Commission guidance.

Implications for other museums

Over 700 museums across England and Wales, whose rateable value is calculated in a similar way to YMT, may benefit from appealing their valuations, based on this case – particularly those which have seen large increases following the Revaluation in April 2017.

Properties will not automatically be reassessed and backdated appeals must be lodged by 30 September 2017. In addition, as the decision for Castle Museum demonstrates, museums can have legitimately high values so ratepayers are strongly advised not to appeal without first seeking professional advice from a qualified Chartered Surveyor.

The YMT decision also provides a blueprint for how museums can avoid having their shops and cafés separately assessed and also sets the boundaries for situations where the VOA will be able to split out the shops and cafés. It is worth noting however, that if a café is run by a concessionaire then normally the concessionaire’s occupation will be ignored and the café will remain part of the main assessment. It may therefore be more advantageous to have a concession running the café than a trading company.

A copy of the Decision of the Upper Tribunal can be found here. Charities and museum owners may also be interested to visit LSH’s website. 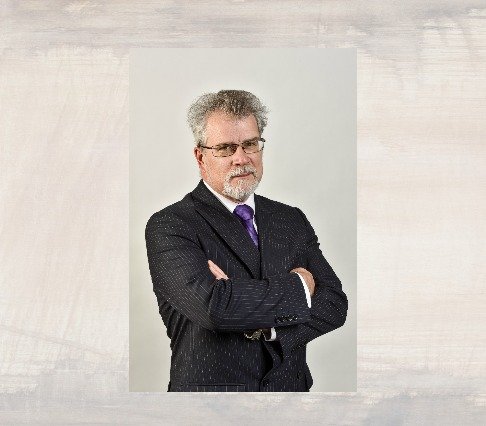 Colin Hunter MRICS IRRV is a director of Lambert Smith Hampton (LSH) who advises AIM on business rates matters.  As part of his advisory role with AIM, he will provide 15 minutes of free consultation to any AIM members.

Sign up for free to receive the fortnightly E News from AIM and get news about jobs, grants, events and much more