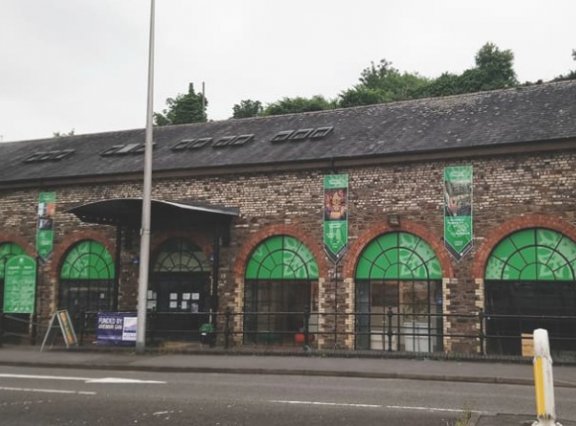 All AIM members can now join Charity Finance Group (CFG) for free as part of their existing membership and receive financial support and guidance all year round. CFG membership comes with a host of benefits and you can add extra staff, Trustees and volunteers at no additional cost.

CFG recently recorded a series of Podcasts with AIM members, to help highlight the entrepreneurial spirit found in independent museums. We start with a podcast with Charlotte Morgan who is Museum Manager of Cynon Valley Museum, which is run with the help of a team of passionate volunteers in the local community.

The museum joined CFG for free and are already reaping the rewards, as Charlotte Morgan explains: “We have only been CFG members at Cynon Valley Museum for a short time and are already seeing the benefits for our organisation. There are plenty of useful resources on their website which help plug our knowledge gaps. So far, we have also found their advice scalable and useful as a smaller independent museum.”

Highlights from the podcast are outlined below but you can also hear the full podcast here:

The Cynon Valley Museum was opened in 2001 by the local authority. It was an early victim of government cuts and closed in 2014. However, the community here decided they didn’t want that to happen. They campaigned against the closure – that wasn’t successful, and the museum still did close, but what formed out of that group was a working group which then formed a charity, which successfully reopened the museum in 2016.

So we were closed for just over two years, and we’ve been open now as an independent museum for just over three, which is very exciting. We’ve had a lot of challenges changing the building from a local authority building to a charity building and there’s lots of things about cables being in the wrong place! But it’s been really great and what’s lovely is that I work in a community which just love and adore their museum, so much so they formed a charity to save it. The heritage of the valley is broad. There’s been inhabitants here for as long as we have history, there’s been an awful lot celebrated including in recent history. The Stereophonics are from the Cynon Valley, Tom Jones used to practice in a pub down the road, the Welsh National Anthem was written here in Aberdare, so we do have an awful lot of modern culture as well as history to reflect on and that’s what we do here. We’ve got two temporary galleries and host about 20 different artists every year, doing a new exhibition in contemporary arts and bits and bobs from the community.

In order to reflect on history, you have to think about culture today, and what’s going on now. We do that in our shop and also in our galleries, reflecting the talent that’s still here, so it’s not constantly talking about what used to be or the good old days, it’s a continuation, so we can still have that ambition and those aspirations now.

The classic story is government cuts, museum closes, and that’s where it ends normally, but the fact there was a campaign against the closure in the first place is an amazing act of local protest, and for that to actually turn into something and still be going. The Trust itself turns four this year. To be still going, to be running the museum in a nearly sustainable way is just a phenomenal achievement for those people.

There was a lot of work we did engagement wise to rebuild our visitor base. We’ve got a café on site which is really great as that’s a way to draw people back to the building. Equally, it’s sublet and that was a whole other kettle of fish in itself. We had to do a lot of work, because we were closed for two years, it was quite hard, even though there is that campaign to save the museum, there’s still that level of; you have to visit and you have to come, otherwise it won’t be here.

We also had to do quite a bit of work with the volunteers. I’ve got four colleagues, who are a mix of various part-time roles, and about 50 volunteers. That’s another branch of how amazing this place is. It’s a mix of people – more classic volunteers who are retired and want to give back to the community, we’ve got jobseekers, we’ve got people looking for specific experience, we’ve got a real kind of mix of people, and that’s been a great way to promote the museum and talk about our change of identity in the community because our volunteers can do that for us. I mean it’s a really lovely thing for them to be able to mix and meet people who they wouldn’t come into contact with in their normal lives. They’ve got one thing in common which is they like the museum, but they can learn from each other and there’s things we can learn from them as an organisation as well, the wealth of expertise and knowledge and information that they have.

Need a product or service? Take a look at the AIM Suppliers Directory

Advertise A Job Vacancy With AIM

Do you have a museum or heritage sector job vacancy that you would like to promote? AIM can help you find the best candidates for your role by advertising vacancies directly to the sector

Celebrate your museum’s historical figures with a grant of up to £75,000 through the AIM Biffa Award ‘History Makers – People who shaped our world’ programme which is now open for applications from members in England