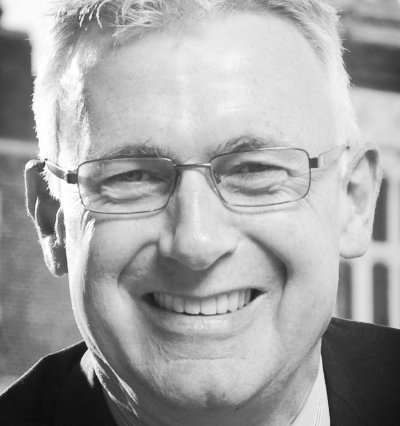 All successful organisations operate under a clear and singular purpose which underpins every activity and pulls a workforce together under a well-defined common cause.

At Historic Royal Palaces, that purpose is omnipresent . . . on letterheads and business cards, online and printed documentation. Every time Michael Day addresses an audience – and he’s much in demand at cultural leadership programmes around the world – he opens with: ‘HRP helps everyone explore the story of how monarchs and people have shaped society, in some of the greatest palaces ever built’.

“It anchors absolutely everything we do,” he says. “We have to ensure everyone takes it on board to the extent it runs through them like letters in a stick of rock.

“Before I arrived 13 years ago, the purpose of the charity was articulated around the buildings, collections and conservation, which was important work but a little vague,” he adds. “It was the body that looked after unoccupied royal palaces on behalf of the government.

“Our real audience focus and selling point is, of course, the great stories which are distinct to us.”

The introduction of a consistent purpose soon turned into action for change; staff began to apply it throughout their work and a new brand and communication strategy was devised to talk consistently about the organisation as a charity.

“By redefining what was special about us, we were able to start fundraising and create a membership scheme for the very first time. We didn’t really have anything for anyone to feel they belonged to previously; in 10 years since, we have raised £30m through campaigns and signed up 83,000 members,” he adds.

“We became able to recruit better staff. When invited to take on new properties, we were able to assess whether they were a fit with our purpose. Every exhibition, every new development and project fits with our purpose. We now know what we’re here for and it’s a very powerful thing.”

He warns against setting an over-ambitious vision, one which may sound impressive but which, in practice, is unattainable and may even distort people’s understanding of what they are there to do.

“When I arrived, I inherited a vision statement that proclaimed HRP as a ‘world-leading conservation charity’,” says Michael.

“The consequence of that was, inevitably, that each bit of the organisation was trying to be a world leader without actually knowing what that meant or how they were supposed to measure it. Do you really need world-leading internal auditors, for example? Three people were aiming to be just that and it was a waste of money.

“Similarly, the approach made it difficult to talk to partners because the ‘world-leading’ status rendered everyone else potentially second best. That’s not a great message.”

“Turf wars and jealousies across the organisation can happen, even in our properties. Some people were making unkind remarks about folk in other palaces but now they all understand they’re contributing to a much greater whole.”